and Techniques, and how to practically apply them in your life as well as assist others in doing the same.

Tools for Your Personal Self-Growth and Confidence to Assist others in their Self-Growth.

Once you receive your Certification, you get:

A 26% discount on the most regularly priced Expansions products,

* OMG Members – OMG discount applies for as long as you are an OMG member.

(Please note: If you cancel your OMG membership then the price reverts to member pricing

as long as you are an Expansions member in good standing.)

There are 28, quizzes to be completed covering the required videos & books

Take each quiz as you complete the required Video/Study Guide or Book.

You will get 3 attempts to take each quiz with the highest score counting as your final score.

What You Will Study:

Subjects to be covered include, but are not limited to:

…And So Much More!

Either via product discounts or free access to videos & recordings

To use in conjunction with their respective videos.

-Great to refer back to and take notes in.

(Via the Members Video Channel)

(Order when needed – must be downloaded within 30 days of purchase)

Site Membership required for the duration of the course.

About Dr. Rev Stewart A. Swerdlow

Dr. Stewart A. Swerdlow is an intuitive who focuses his consciousness beyond time and space (in Hyperspace) analyzing humanity’s foundational mind-patterns that cause a physical or mental disease to occur. He is a linguist who speaks ten languages, and an expert in deprogramming who determines which Illuminati programs are embedded in the mind-pattern of any individual. Stewart’s mission is to help others heal themselves and control their own minds in a fulfilling way.

Due to his family history, which includes Stewart’s great-uncle, Yakov Sverdlov, the first president of the Soviet Union, and his grandfather who helped to form the Communist Party in the United States in the 1930s, Stewart was “recruited” for specific government mind-control experiments. Spending 13 years at the Montauk Project enhanced his natural abilities. 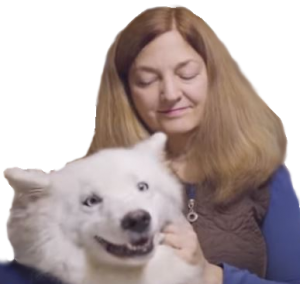 Dame Janet Diane Mourglia-Swerdlow is an internationally renowned Oversoul Intuitive whose natural abilities allow her to communicate with God-Mind and beyond, directly, replicating tones of creation from Hyperspace.

Due to her blend of American Indian and Celtic genetics, as well as her Magdalene lineage descent which extends back through her Waldensian heritage from Southern France, Dame Janet sees and hears frequencies on all levels. That allows her to access information within the Oversoul matrix consciously. With the aid of the mind-pattern analysis, Janet teaches self-balancing techniques that can be easily incorporated into everyone’s daily living.

Stewart and Janet combined their expertise into a project called Expansions, a platform where they share their knowledge both virtually and during live classes, through books, blogs, podcasts, and other formats.

Think of this analogy comparing hyperspace to an egg: the yolk is physical reality; the egg whites are the astral and the shell is Hyperspace. Hyperspace holds all the egg together. There is neither time nor space but pure thought transmission in the eternal now. All that exists is mind.

What is the Language of Hyperspace?

The Language of Hyperspace is the Original Language that emanates from the Mind of God, the basis of all creation.