Laugh at my pain

The popular comedian Kevin Hart has a stand up comedy performance with this same title and it is hilarious!  I have always used laughter to cope with pain or awkward situations.  After a hard day I just want to relax and watch comedy to forget everything stressful.  I learned from Stewart that often many of the best comedians have had deep trauma in their life and used laughter to cope.

Jim Carrey is a good example of this for me.  He has always been my favorite actor/comedian and when I was in school I read his biography.  Jim grew up in Canada and was very poor and had a very hard family life and was awkward with females in romantic situations.  He used comedy to escape his situation and now is rich and famous.  He says now that he wishes everyone would become rich so they could realize that it is not the answer to life.  If only he would use the golden alter!  He was an idol of mine that I related to and I wanted to be a comedian but I was never good at public speaking.

From my studies in massage therapy I have learned that our body will also cope with pain.  You may have experienced a knot in a muscle that refers pain to another part of the body.  Often times when I work on people they will laugh while others will feel pain.  Sometimes, you will become very ticklish in an area that is hurting and this masks the pain.  After proper care this can go away.  I have experienced this mainly on my feet which are so ticklish that almost nobody can touch them.  As a child my father used to tickle my feet until I would scream.  I would cry until I ran out of breath and totally disassociated.

I learned that pleasure signals travel to the brain faster than pain signals.  So, when you bump your elbow you respond by rubbing it to make it feel better.  After a bad day at work you may want to grab a beer and self medicate. It is interesting how the brain works and how even a placebo can work.  Of course you should know by being here that the mind creates all experiences.

So, do any of you have pain?  How do you cope?  Why do we create pain for ourselves to experience when in true reality there is no such thing as pain? Is it better to deal with it now or ignore it until we “check out”? Why do some people have a quick death while others have to suffer slowly?

They say the good die young… 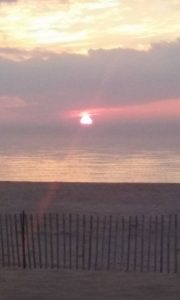