Get a discount Now! Become a Member & Start Getting Exclusive Savings & Benefits OR log in if you are a member.

The Template of God-Mind

For Greater Savings and Greater Knowledge

& Understanding of the related subjects

Check out our Book Bundle that includes this book! 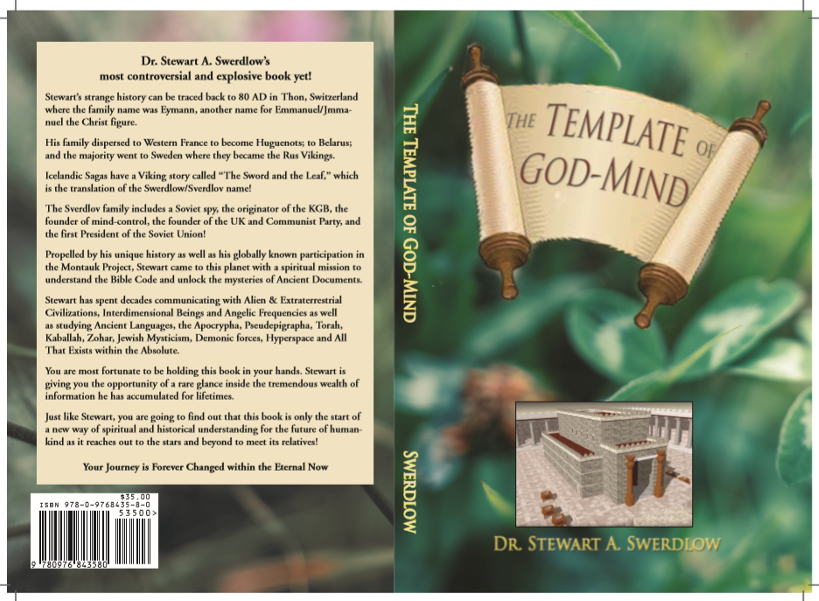 His family dispersed to Western France to become Huguenots; to Belarus; and the majority went to Sweden where they became the Rus Vikings.
Icelandic Sagas have a Viking story called “The Sword and the Leaf,” which is the translation of the Swerdlow/Sverdlov name!
The Sverdlov family includes a Soviet spy, the originator of the KGB, the founder of mind-control, the founder of the UK and Communist Party, and the first President of the Soviet Union!

Propelled by his unique history as well as his globally known participation in the Montauk Project, Stewart came to this planet with a spiritual mission to understand the Bible Code and unlock the mysteries of Ancient Documents.

You are most fortunate to be holding this book in your hands. Stewart is giving you the opportunity of a rare glance inside the tremendous wealth of information he has accumulated for lifetimes.

Just like Stewart, you are going to find out that this book is only the start of a new way of spiritual and historical understanding for the future of humankind as it reaches out to the stars and beyond to meet its relatives!

Your Journey is Forever Changed within the Eternal Now

If you are not yet a member sign up HERE to receive your 17% discount !!!

5 reviews for The Template of God-Mind